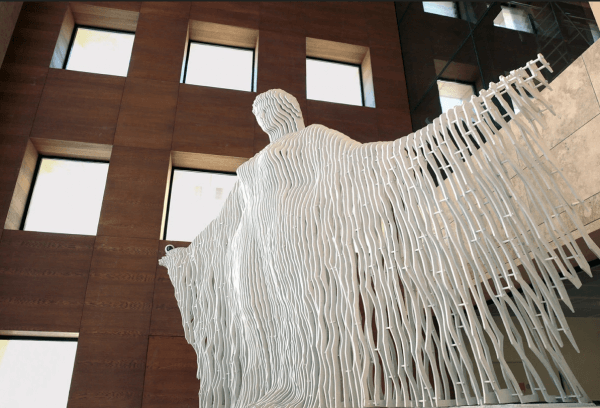 Ilhan Koman’s work is the statue of a woman in waves, waiting with open arms to give a hug. While speaking of his statue, “I remembered the Mediterranean while some people were talking about hugging, love of human. The Mediterranean was wide; it was mare nostrum. I wanted to describe embracing with this name. I wanted to benefit from the integrity of a woman while describing love and embracing”, says Koman.

The statue sculpted by Ilhan Koman upon Halk Sigorta manager Ali Neyzi’s request is spectacular and impressive with its almost 4-meter height and 4.5-ton weight. This bulky woman reaching out to you with open arms is full of action and dissipating heat, as she is wavy.

The statue that brought Sedat Simavi Visual Arts Award to Ilhan Koman was placed in Zincirlikuyu in 1980. Some time later, it was moved to Levent. When the Mediterranean, which was displayed at Galatasaray Square briefly, was damaged during a protest demonstration in 2014, it was taken to maintenance. Today, the Mediterranean overlooks Galatasaray Square, Istiklal Avenue, and Istanbul from the third floor of Yapi Kredi Culture and Arts Building. 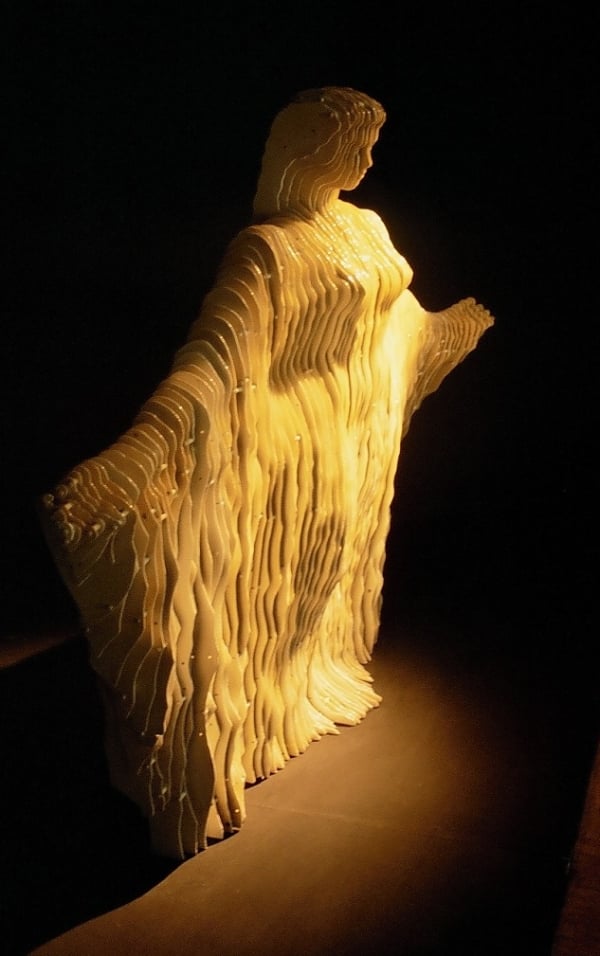 Yapi Kredi Culture and Arts Building that has modern lines has breathed a new life to Beyoglu from the aesthetic and cultural points of view. Naturally, it has created a safe and spectacular exhibition venue for the Mediterranean Statue.

Come on, you also start a walk to Galatasaray through Istiklal Avenue to see this enchanting statue that accommodates art, harmony, and mathematics in its lines simultaneously… Rest assured that you’ll never regret.

If you see a lower price at another website within 24 hours after you make reservations at Midtown-hotel.com, Midtown Hotel will give you the lower price for the whole reservation period (maximum 10 days) as well as 25% additional discount over that lower price. In addition, you will be given a room of the higher category depending on whether it is available during your check-in. The Best Rate Guarantee is subject to specific conditions.